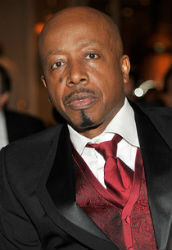 MC Hammer was arrested last Thursday, February 21, and says he was a victim of racial profiling, according to an article on TVGuide.com.

According to the article, MC Hammer (whose real name is Stanley Kirk Burrell) was reportedly arrested on suspicion of obstructing an officer in the performance of their duties and resisting arrest.