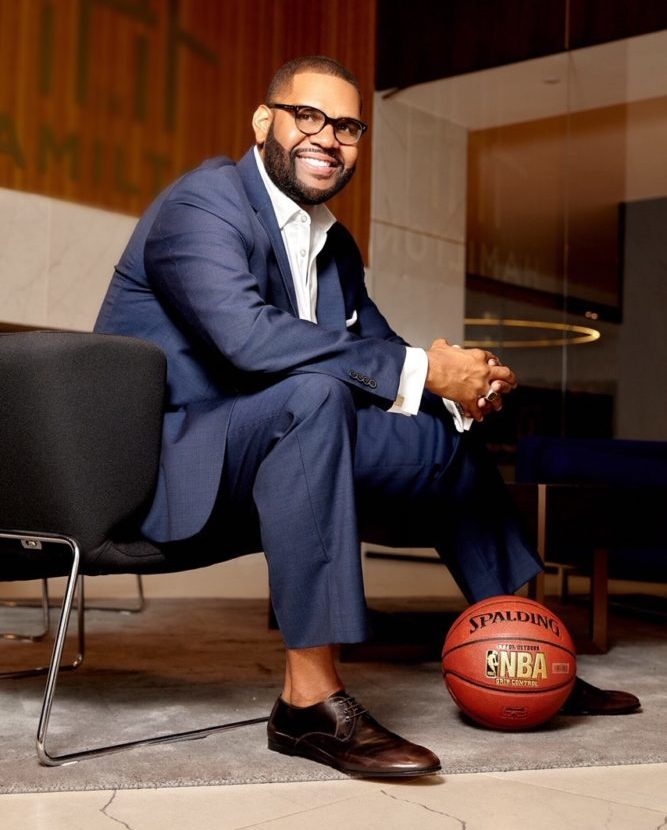 The realm of possibility is oftentimes limited for young black boys living in forgotten communities. Many are too consumed with the everyday struggle of survival to dream of making history—unless, of course, they possess an extraordinary athletic or musical talent. Maurice A. Stinnett, however, beat the odds and made NBA history without a stellar jump shot or layup.

“I grew up in poverty in a little city called Springfield, Ohio, [in] a single-parent home. My mother dropped out of high school and I didn’t know my biological father until two or three years ago,” Stinnett told Black Enterprise. “Typically, for African American boys, sports are a way out and they usually see that as an opportunity to change their lives.” Stinnett, rather, “saw an opportunity to connect education to my passion for sports,” thanks to his mother and grandmother, who exposed him to books about successful people of color. “They were intentional about getting autobiographies of prominent black people. They would explain to me that, with a quality education and strong work ethic, I, too, could be successful like the people I was reading about.”

Stinnett carried those fundamental lessons into adulthood and went on to graduate with a Bachelor of Arts in Business from Central State University before earning a Master of Divinity from Princeton Theological Seminary. He also obtained both a Master of Education and Doctor of Education and Organizational Leadership from Columbia University. Today, the 35-year-old can add “history maker” to his impressive résumé.

Back in July, Stinnett became the first black man to be appointed as vice president of Diversity and Inclusion at an NBA team with BSE Global. The company—which was formerly known as Brooklyn Sports and Entertainment Global—develops and operates state-of-the-art venues and manages premier sports franchises, including the NBA’s Brooklyn Nets, NHL’s New York Islanders, and the Barclays Center. Besides Stinnett, there are just two other positions like this at the NBA team level, both held by African American women: Gail O’Bannon, the vice president of Diversity and Inclusion for the Dallas Mavericks, and Atlanta Hawks Chief Diversity and Inclusion Officer Nzinga Shaw, who became the NBA’s first-ever diversity chief in 2014.

For the fulls tory, visit BlackEnterprise.com.