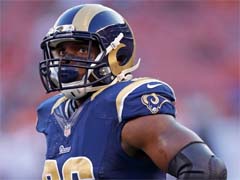 If Michael Sam is going to be the first openly gay player to make an NFL regular-season roster, it won’t be with the St. Louis Rams.

At least not right away.

Sam was among final four players released by the Rams on Saturday as the team finalized its 53-man roster.