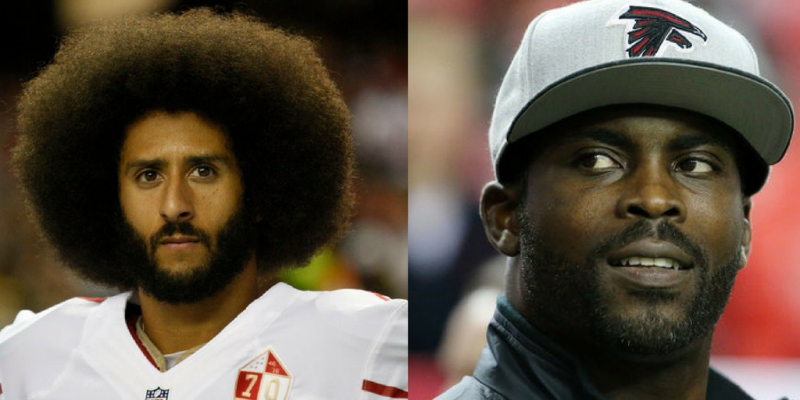 The former NFL quarterback appeared on Fox Sport 1′s “Speak For Yourself” on Monday where hosts asked him what his advice would be to former San Fransico 49er Colin Kaepernick, who is currently not signed with a team. Vick’s response was full of anti-black respectability politics.

“The first thing we got to get Colin to do is cut his hair,” Vick told the hosts in the video below. “Listen, I’m not up here to try to be politically correct, but even if he puts cornrows in it, I don’t think he should represent himself in that way in terms of just a hairstyle. Just go clean cut. Why not? You’re already dealing with a lot of controversy surrounding this issue. What he needs to do is just try to be presentable.”

For the complete story, visit Yahoo.com/News/Sports.