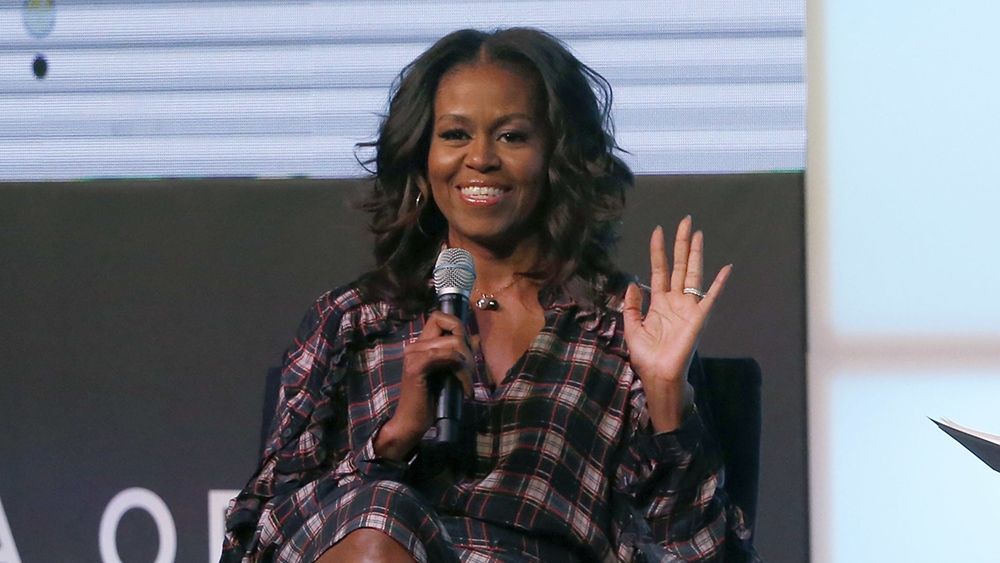 “When I hear people say, ‘You run!’ It’s part of the problem!” former First Lady Michelle Obama told Golden Globe-winning actress Tracee Ellis Ross at the United State of Women Summit, about people calling for her to run for president. “We still didn’t get ‘Yes We Can’ right. It’s not ‘Yes You Can’ it’s ‘Yes We Can.’ Until we get that right, it doesn’t matter who runs. I don’t think I’m any different from Hillary [Clinton].”

“Change starts close to home. So looking for the next person to run, and I don’t mean to cut that off, but that’s been our distraction. We’re just going to wait for the next person to save us,” Obama continued later in the conversation, which took place in front of a crowd of roughly 6,000 at the Shrine Auditorium in Los Angeles. “We thought it was Barack Obama, and then he didn’t end racism.”

The question and answer session between Obama and Ross was the culmination of day one of the United State of Women Summit — a conference packed with activists and heavy-hitter speakers addressing issues women face today. This year’s event was the second United State of Women conference; the first was held in 2016, and the goal is to connect and amplify activist organizations who are working towards the advancement of girls and women.

For the full story, visit Variety.com/Politics/News.