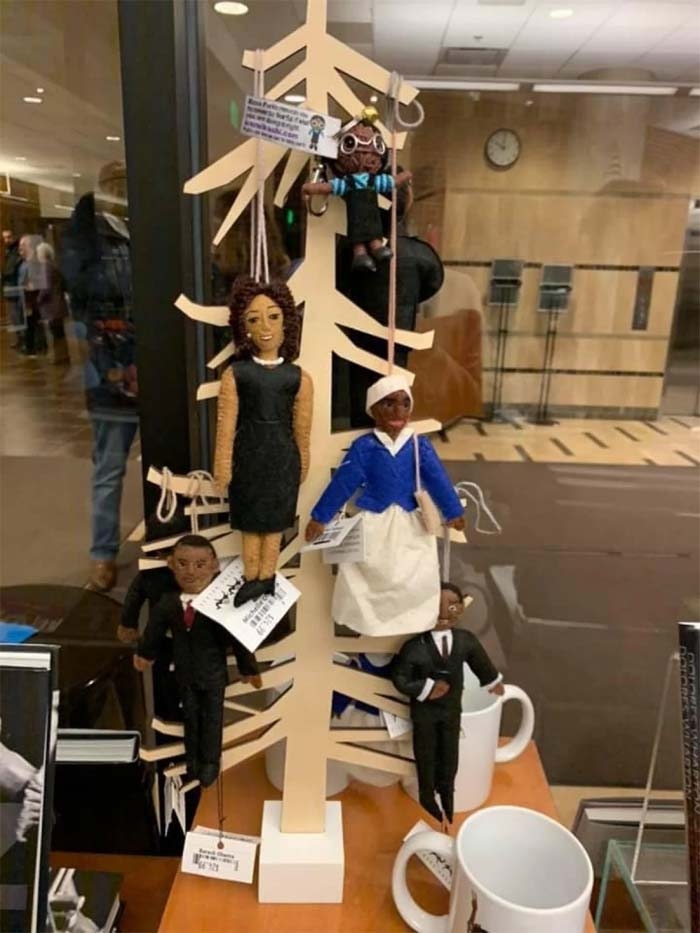 Michigan State University is apologizing for a problematic display that offended some people on campus due to its racial insensitivity.

According to WILX, the display, which was featured at the Wharton Center gift shop, showed historical, notable Black figures hanging from a rack that resembled a tree…supposedly in honor of Black History Month.

The display, which was taken down on Friday after complaints rolled in was inappropriate, MSU Spokesperson Emily Gerkin Guerrant acknowledged.

“We sincerely apologize to our community members and have immediately removed the display. Additionally, after the Wharton Center reported the incident, it agreed to provide employees and volunteers with racial bias training that focuses on the impact and understanding of intentional and unintentional racial bias,” Guerrant told WILX.

However, some students also were less than impressed, telling the news station that this is not the first time that something offensive has happened on campus.

For the full story, visit Essence.com.