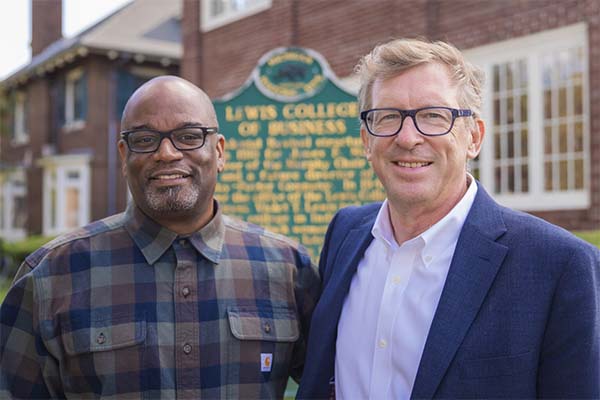 The school will become the country’s first Historically Black College or University (HBCU) to ever reopen — and education leaders said the institution is poised to make Detroit an epicenter of design and champion Black designers in a design field that remains overwhelmingly white. (About 73% of those in the design industry are white and 3% are Black, according to the American Institute of Graphic Arts, a professional association for design.)

Founded by Violet T. Lewis, a nationally renowned Black businesswoman and educator, the school was originally known as the Lewis College of Business and operated in Detroit from 1939 to 2013. After it closed because of accreditation challenges, there were numerous attempts to reopen the school that received its HBCU designation in 1987.

Now, it’s just a matter of months before Michigan’s first — and only — HBCU will welcome students to its campus at the College for Creative Studies in Detroit.