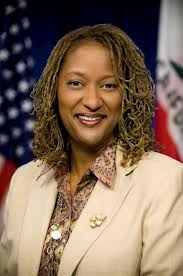 State Assemblymember Holly Mitchell (D-Culver City) has been elected chair of the California Legislative Black Caucus, according to an article on TheFrontPageOnline.com.

Mitchell, who is reportedly in her second term in public office, served as Caucus secretary in her first two-year term.

Sentator Rod Wright (D-Inglewood) was elected vice-chair of the Caucus.

According to the article, the Caucus addresses policy and budgetary issues affecting black Californians and consists of nine African-American members of the state’s Legislature, including two Senators and seven members of the Assembly.