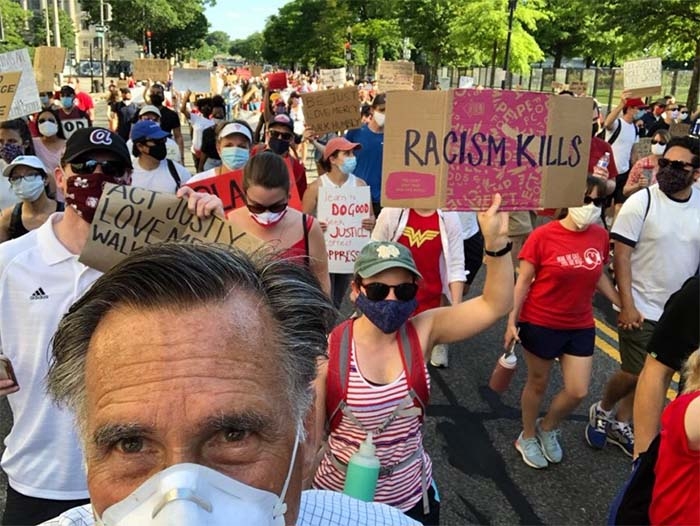 In early February, I praised Republican Mitt Romney for opposing both his party and our president during Donald Trump’s impeachment hearings. That took courage, and my piece suggested that he could have earned my presidential vote.

It would have been the first time I ever voted for anyone who wasn’t a Democrat, but I admired then — and do now — anyone who can step away from party affiliation and do what’s best for the country.

Romney did it again last weekend, marching with Black Lives Matter in honor of George Floyd and in protest against institutionalized racism and police brutality.

Just as he stood alone in February, without any of his GOP buddies to support him, Mitt showed mettle by marching in the shadow of the White House, where peaceful protesters were tear gassed just a week ago, by a moronic commander-in-chief who labeled himself our “law and order president.”

Romney was the first — and currently, only — GOP congressperson to join the George Floyd protests in DC, marching alongside hundreds of evangelicals.

Here’s what Romney had to say to CNN over the weekend, about his participation in the march:

“I’m here to protest against violence, and brutality, and to make sure that people understand that black lives matter,” Romney said, through a face covering during Sunday’s march.