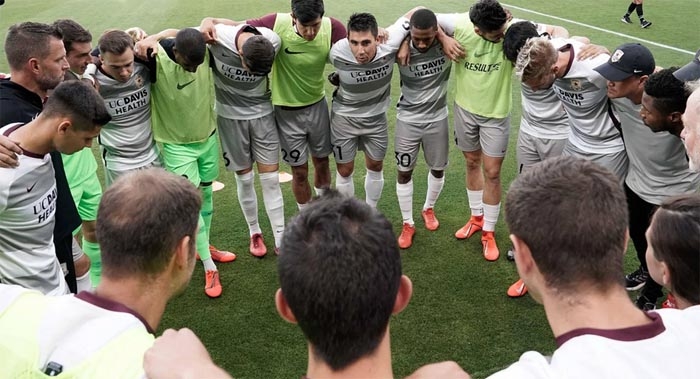 Don Garber stayed true to his word. It just took over four years to make it so.

It was April 2015 when the MLS commissioner rather straightforwardly told the Sacramento Bee that “it’s less about if, and more about when” Sacramento Republic became an MLS franchise.

“When” is an abstract concept, though. Sacramento watched MLS expand its vision from 24 teams to 28, to 30, with expansion fees climbing at an astounding rate. Atlanta and Minnesota joined in 2017. FC Cincinnati was created and ascended as Sacramento patiently waited and worked to finish off its bid. Austin cut the line by emerging as a relocation possibility for the Columbus Crew, only for the league to find a two-city solution. Miami finally crossed the finish line. Nashville burst onto the scene much like Cincinnati, and St. Louis, where the league has long yearned to put a team, was resurrected by a new ownership group with deep pockets and the knowhow to pull off what past editions could not.

All the while, Sacramento Republic played on in USL, always making the playoffs but never replicating the championship success of its magical first 2014 season, keeping thoughts of the MLS stage on the front burner along the way. There’s been a “Built for MLS” rally in Sacramento and a fervent following of meetings at the league’s Manhattan headquarters, all with the hope of securing the thumbs up.

“Deserved” is a relative and subjective term (especially in soccer around the globe, where top-flight status is often earned on the field, not in the C-Suite), but it’s hard to objectively look at Sacramento Republic’s course over the last five years and the landscape on which it competes and feel like this is not a team that should be in MLS.

That green light finally came on Monday, when Sacramento was welcomed into MLS as the newest expansion team at an event attended by Garber, city mayor Darrell Steinberg and California governor Gavin Newsom.

For the full story, visit SportsIllustrated.com/Soccer.