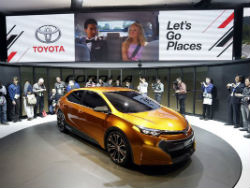 Honda, Toyota, and Nissan are recalling more than 3 million vehicles worldwide for passenger-side air bag issues, according to an article on USAToday.com

According to the article, Toyota is recalling 1.7 million vehicles with 580,000 in North America and includes Corolla, Tundra, and Lexus SC models produced between November 2000 and March 2004.