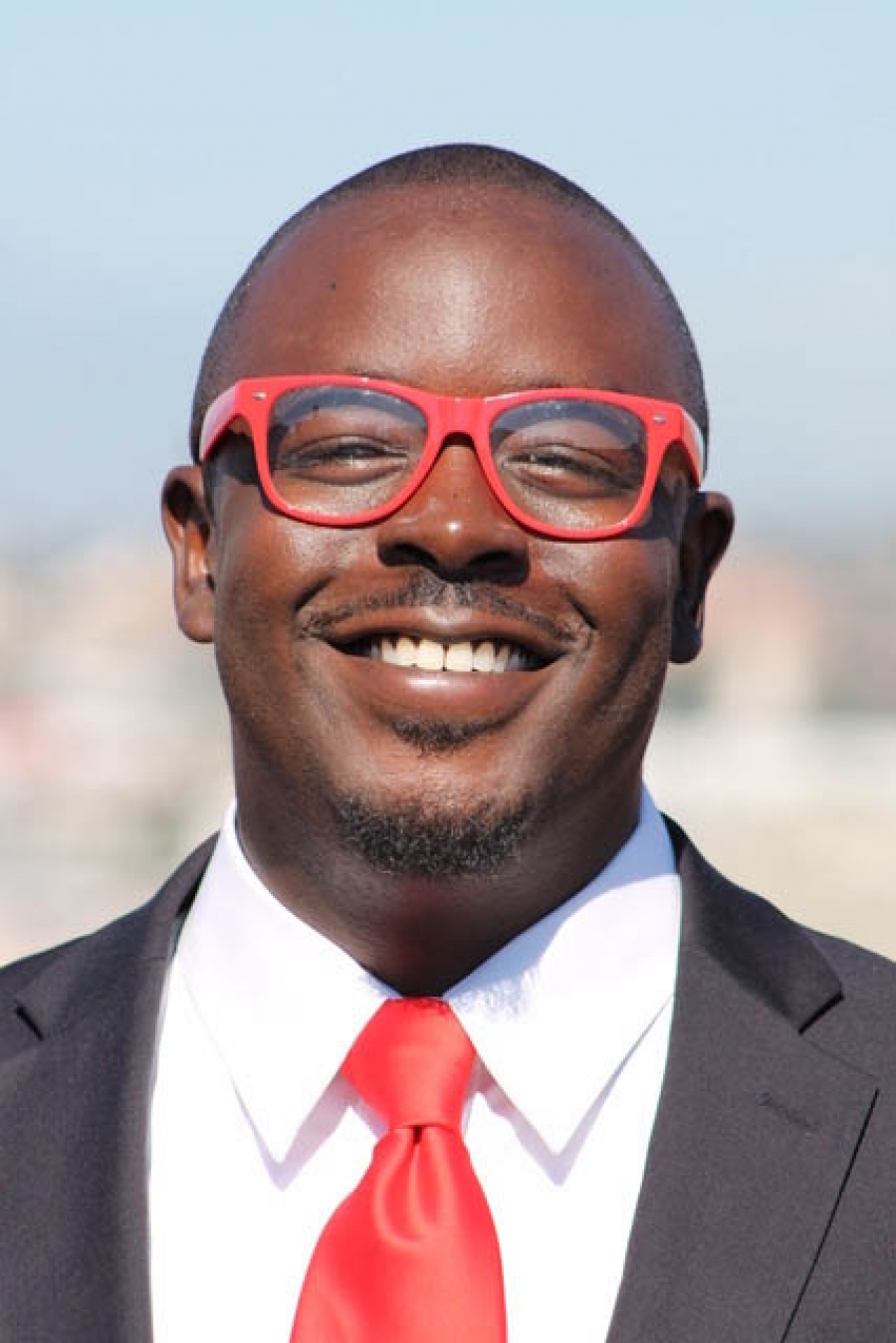 We’ll have an opportunity to be touched by one of today’s greatest motivational speakers when John-Leslie Brown stops by Barnes & Noble Arden Fair in Sacramento Saturday, June 10 from Noon-1pm.  He’ll be reading from and autographing copies of his new bestselling book, Harvard Effect.

In speaking with Brown, I immediately got a sense that we knew each other.  He was born and raised in Detroit, so that was a part of the connection.  Another part stemmed from my knowing his father.  In fact, you know him too:  Brown’s dad is the legendary motivational speaker Les Brown!

I’m not one for clichés, but after just a few seconds, it was clear that the apple didn’t fall too far from that tree.

“Of course, my grandmother, Mamie Brown, was the center of our family,” Brown reflected.  “She adopted a set of twins, and one of them was my dad, Les Brown, who was labeled mentally retarded but went on to inspire millions of people around the globe.”

“So I grew up in the family business, watching my dad make a difference in people’s lives.  All my life, I’ve been trying to figure out how I can make my difference.”

Just a few seconds with Brown and you’ll realize that “making a difference” comes as easily to him as breathing.  Brown’s new Harvard Effect has reached number one on Amazon in the Motivational Growth & Spirituality category. It’s a collection of powerful tools for achieving personal and professional goals.

I asked Brown what we can expect this Saturday at Barnes & Noble Arden Fair.

“Number one, I’ll present a new system for success,” Brown shared.  “A current one.  An updated one.  We can’t be talking about 20th century strategies for success in the 21st century!”

That’s an eye-opener, isn’t it?

“Number two, my goal is never to just be a role model,” Brown continued.  “I want to be an enrollment model.  To do that, we have to form relationships with people and really measure the growth in their lives.  So I want to meet people personally and start building those relationships with high achievers.”

What’d I tell you?  Brown sounds just like his dad, doesn’t he?

That said, the younger Brown certainly stands on his own feet, and exudes an energy that’s completely his own.   One of the physical manifestations of that is the red glasses.    You noticed them.  And I had to ask Brown about them.

“I’m proud of my lineage,” Brown reflected, “ but people often overlook you when you’re in the shadows of greatness.  The red glasses was an idea that started with Tyme Parker, who’s KRS-One’s daughter and was a teenager at the time.  I toured with KRS-One, because I also am a positive hip hop artist.  Our first stop was at Yoshi’s in the Bay Area.  I’m a big fan of KRS-One and hip-hop culture, and I’d dreamed of using it in a way to inspire people, so here I was living my dream.  But I also wear a suit in corporate America, so I didn’t know what I was going to wear with KRS-One.”

“Tyme said ‘Well if you’re not wearing the red tie, you should get some red glasses, and that should be your signature.’ So I took that young person’s advice, and [now] everywhere I go, people want these red glasses!  I spoke at Harvard, and after that speech, they wanted the red glasses!  You never want something you want to sell to get in the way of what people want to buy, so I’ve found a way to merge the glasses and the greatness!”

Pick up your pair of Brown’s signature red glasses, and rub elbows with one of this century’s great motivational speakers, Saturday June 10th from Noon – 1pm at Barnes & Noble Arden Fair.