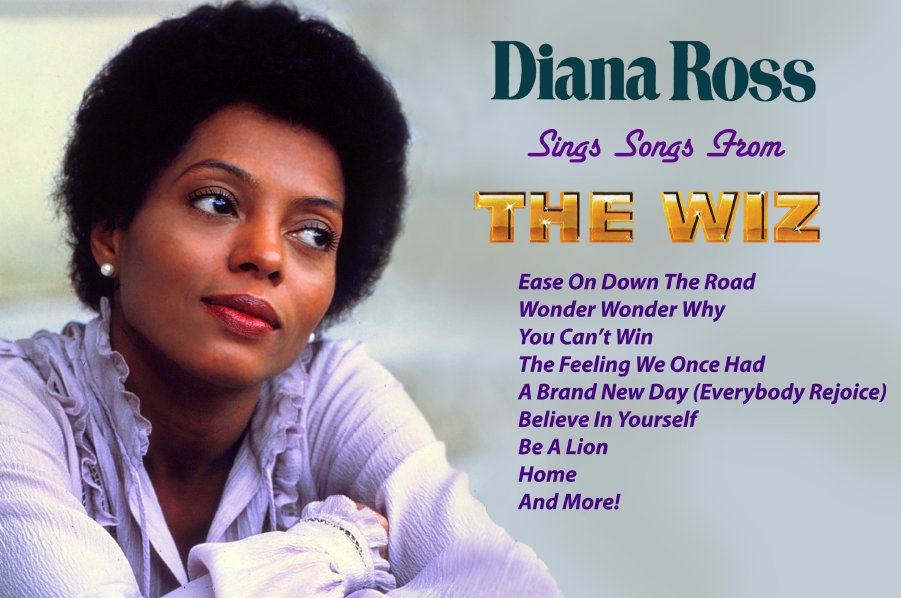 Fans of The Wiz, and musical theatre in general, are getting an early holiday gift this year as NBC readies their new live, all-star broadcast on December 3rd, featuring ingenue Shanice Williams.  Stephanie Mills, who played Dorothy in the original Broadway production, is the new production’s Aunt ‘Em.

Fans of Diana Ross, who played Dorothy in the 1978 feature film, were a bit disappointed when she wasn’t added to the cast.  (After all, she’s been playing Glenda in concert onstage for decades, right?  “Reach out and touch somebody’s hand…”)  But Motown is giving us a consolation prize with the November 27 release of “Diana Ross Sings Songs From The Wiz”, an album the diva recorded in 1978 as a planned companion piece to the movie’s soundtrack.  After the movie underperformed at the box office, the album was shelved — until now.