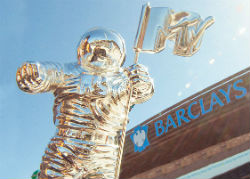 For the first time, the 30th annual MTV Video Music Awards will broadcast live from the Barclays Center in Brooklyn, New York, on Sunday, August 25, according to an article on HollywoodReporter.com.

According to the article, for the past three years the show has been held in Los Angeles. Past locations have also included Radio City Music Hall in New York City, Miami and Las Vegas.