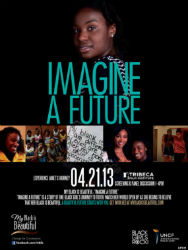 Procter & Gamble and executive producer Beverly Bond have debuted their new documentary, “Imagine A Future: My Black is Beautiful” this past weekend at the Tribeca Film Festival, according to an article on HuffingtonPost.com.

Co-directed by Shola Lynch and Lisa Cortes, the film reportedly follows a teen who is “struggling to find and own her worth” as she deals with insecurities about the color of her skin. The 30-minute film includes interviews with Gabby Douglas, Melissa Harris-Perry and Michaela Angela Davis.