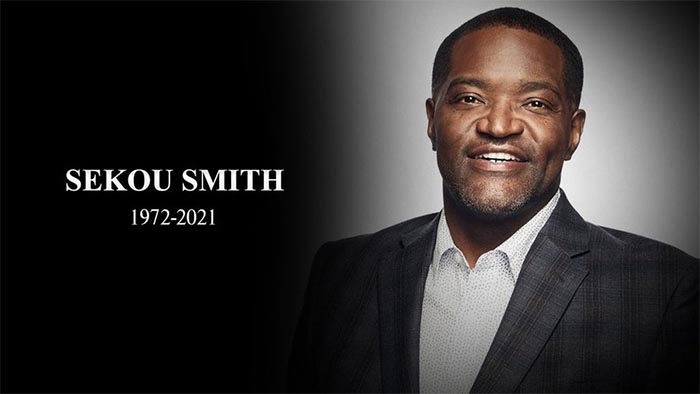 Sekou Smith, a longtime NBA reporter and television analyst, died Tuesday after a battle with COVID-19. He was 48.

A native of Grand Rapids, Michigan, Smith went to college at Jackson State in Mississippi, before starting his career at the Clarion-Ledger in Jackson. He went on to become a fixture in the NBA universe — first as a beat writer covering the Indiana Pacers for the Indianapolis Star and the Atlanta Hawks for the Atlanta Journal-Constitution, before joining Turner Sports in 2009.

For more than a decade, Smith starred across all platforms for Turner, serving as an analyst for NBA TV, a writer for NBA.com and a host of the Hang Time Podcast.

Smith is survived by his wife, Heather, and their three children, Gabriel, Rielly and Cameron.