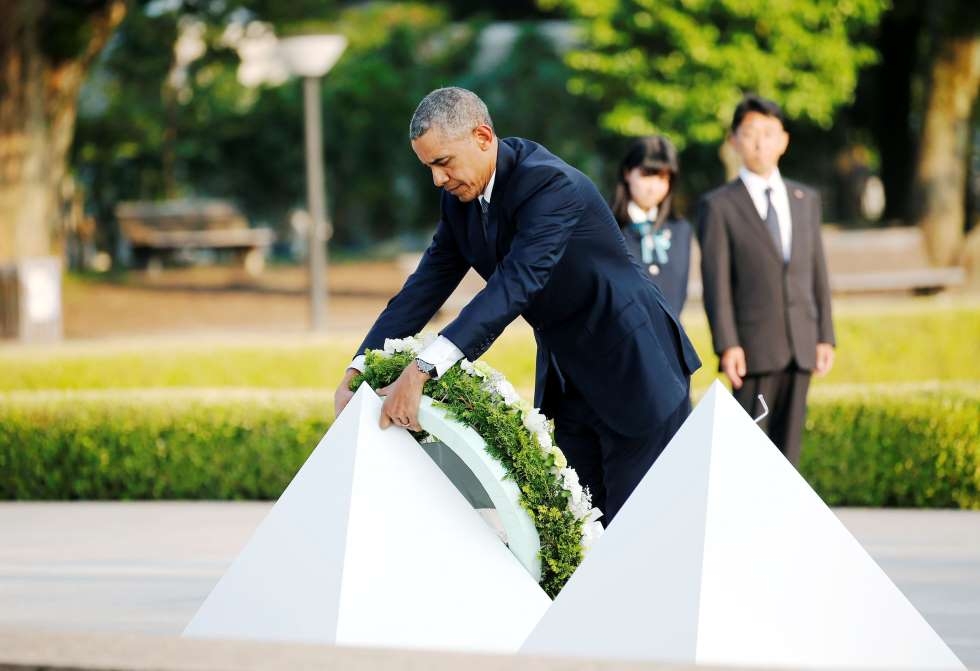 HIROSHIMA, Japan (AP) — Barack Obama on Friday paid tribute to the 140,000 people killed by the world’s first atomic bomb attack and sought to bring global attention to his unfulfilled vision of a world without nuclear weapons, as he became the first sitting U.S. president to visit Hiroshima.

“Death fell from the sky and the world was changed,” Obama said, after laying a wreath, closing his eyes and briefly bowing his head before an arched monument in Hiroshima’s Peace Memorial Park that honors those killed on Aug. 6, 1945, when U.S. forces dropped the bomb that ushered in the nuclear age. The bombing, Obama said, “demonstrated that mankind possessed the means to destroy itself.”

Obama did not apologize, instead offering, in a carefully choreographed display, a simple reflection on the horrors of war and his hope the horror of Hiroshima could spark a “moral awakening.” As he and Japanese Prime Minister Shinzo Abe stood near an iconic bombed-out domed building, Obama acknowledged the devastating toll of war and urged the world to do better.

For the complete article, visit MSN.com/News/World.