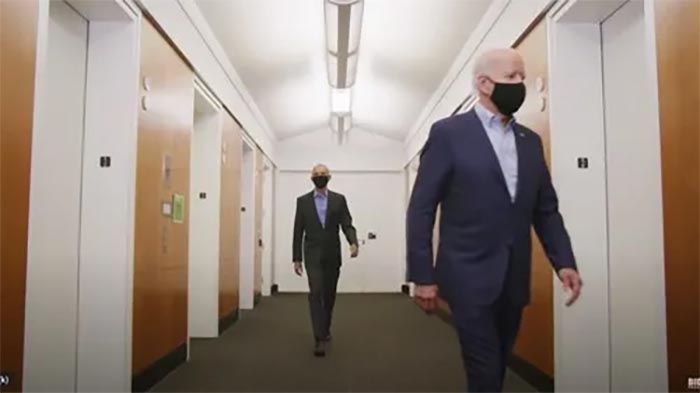 Former President Barack Obama and presidential candidate Joe Biden criticized Trump for taking “no responsibility” for the pandemic response in the U.S.

“Can you imagine standing up when you’re president saying it’s not my responsibility, I take no responsibility?” former Vice President Biden said, referring to Trump’s comments in March that he doesn’t “take responsibility at all” for America’s testing shortages.

“Those words didn’t come out of our mouths when we were in office,” Obama responded.

Their comments were featured in a teaser trailer for an upcoming one-on-one interview between the two that’s scheduled to air on Thursday. The conversation is being rolled out as part of Biden’s presidential campaign and, when promoting the teaser trailer on Wednesday, Biden tweeted, “44 + 46” — a nod to Obama’s presidency and Biden’s potential presidency.

For the full story, visit TheWrap.com/Coronavirus.