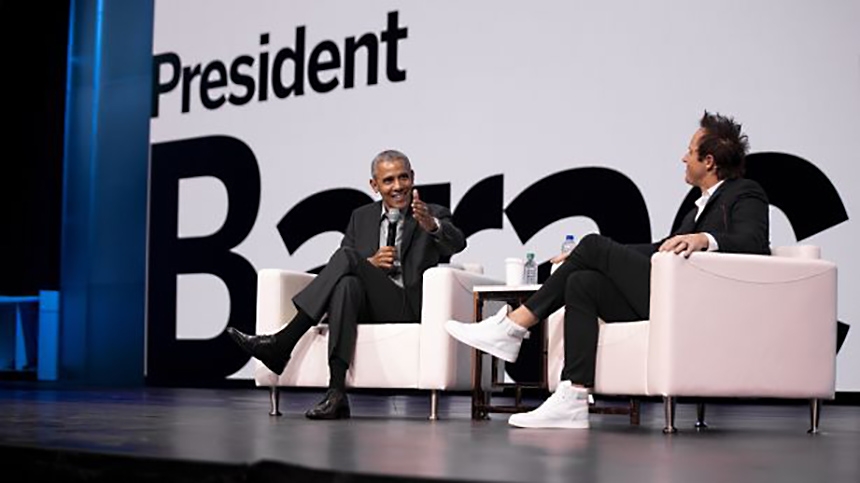 Former U.S. President Barack Obama says his wife is a “glass half empty” kind of person.

He’s not going to get in trouble for saying that though, because former first lady Michelle Obama will admit it herself. While she worries about what may happen, he takes more of an “it’ll all work out” approach.

“What’s happened to me successively over the last decade … is a shedding of fear,” Obama said during Qualtrics’ Experience Management Summit in Salt Lake City on Wednesday. “‘No drama Obama’ and all that. And what is true is that I have an even temper. I don’t get too high and I don’t get too low. But that doesn’t mean … there were not times where I wasn’t constrained by, ‘Man, I don’t want to screw this up.’”

In fact, Obama believes he was a better president during his second term than his first because he learned how to calm the fear of what people thought about him and discovered ways to take constructive criticism that was truly helpful.

“Ironically, by taking your ego out of what you do, it liberates you to do it and get more accomplished,” he said.

For the full story, visit EastIdahoNews.com.