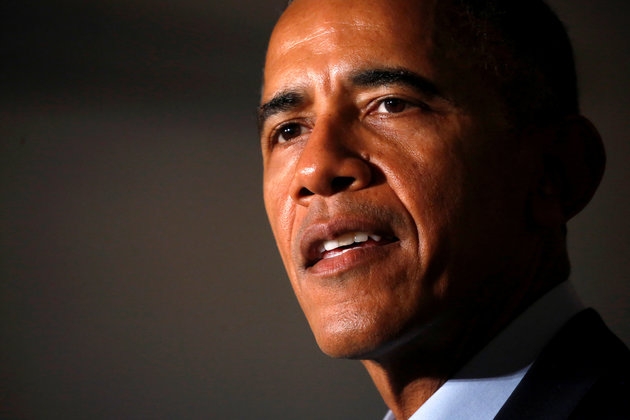 Hours before the second presidential debate was set to kick off Sunday, President Barack Obama blasted Republican nominee Donald Trump over his recent lewd comments about women, describing them as “demeaning” and “degrading.”

“One of the most disturbing things about this election is just the unbelievable rhetoric coming from the top of the Republican ticket,” Obama said, speaking in Chicago at a campaign event for Rep. Tammy Duckworth (D-Ill.), who is running for a Senate seat. “I don’t need to repeat it; there are children in the room.”

Of course, Obama was referring to the lewd and vulgar audio recording from 2005, published Friday, in which Trump said he can “grab” women “by the pussy” because he is famous.

The president added that Trump was showing the American people his true colors.

For the complete story, visit TheHuffingtonPost.com/Politics.