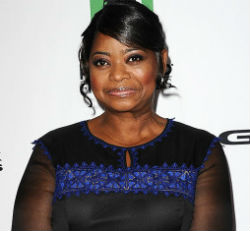 Oscar award-winning actress Octavia Spencer will star in a reboot of the television series “Murder, She Wrote” for NBC, according to an article on HuffingtonPost.com.

According to the article, the remake is a “reimaginging” of the original series, which starred Angela Landsbury in the title role and reportedly ran for 12 seasons. Spencer will play a hospital administrator and amateur sleuth who self-publishes her first mystery novel.