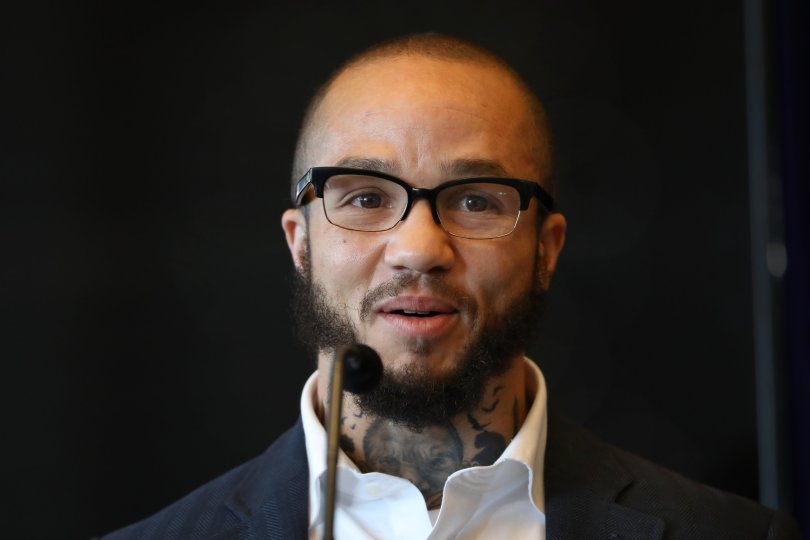 Boxer Patricio Manuel was walking alone in his East Los Angeles neighborhood a few weeks ago after a training run when a police officer approached him and asked what he was doing.

“When I started passing as a man, I was passing as a black man,” he said Wednesday at Levi’s Stadium, after a symposium on LGBTQ athletes, sponsored by the 49ers and San Jose State’s Institute for the Study of Sport, Society and Social Change.

“Suddenly the world was treating me very differently,” he added. “Now I’m used to walking around being seen as a threat.”

For the full story, visit MercuryNews.com/Sports.