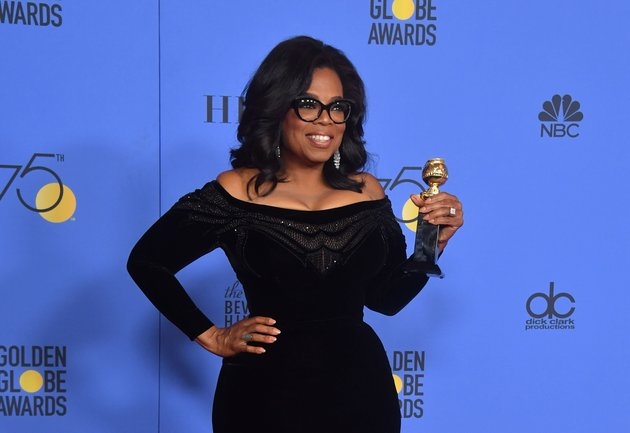 A year after politics — and the newly elected occupant of the White House — dominated the conversation and tone of the Golden Globes, there was barely a mention of such things at Sunday’s ceremony. This year, it was all gender politics, and of course the #MeToo movement that has engulfed Hollywood and spread into the culture at large with astonishing speed. From the sea of glittering black gowns worn in solidarity on the usually multi-colored red carpet, to sly references to unequal pay and recognition for women, to Frances McDormand’s salute to “a tectonic shift” in the Hollywood power structure, it was a night for reckoning — crowned by Oprah Winfrey’s barn-raiser of a speech proclaiming “Their time is UP!”

For the key moments from the Golden Globes, visit ABCNews.go.com/Entertainment.