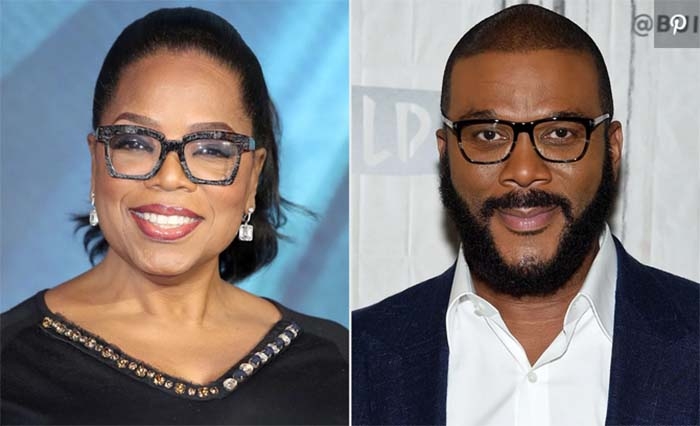 Tyler Perry said Oprah Winfrey inspired him to become a writer and, eventually, a media mogul. Years later, it was Perry who inspired his longtime friend.

In April, as tens of millions of Americans were left unemployed amid the coronavirus pandemic, Perry paid for groceries for seniors and high-risk customers at 44 Kroger and 29 Winn-Dixie stores.

“I love what Tyler did in the beginning, having shoppers go in and not know what was happening,” Winfrey tells PEOPLE. “After he did that, I go, ‘God Tyler, that was a great idea.’ He said, ‘You could do it again.’ I said, ‘No, people are onto it, so now I have to think of something else.'”

It turns out that something else was establishing a COVID Fund as part of the Oprah Winfrey Charitable Foundation. Winfrey, 66, has distributed $12 million in grants, today announcing donations to organizations in Kosciusko, Mississippi, Milwaukee, Nashville, Baltimore and Chicago.

“First and foremost I’m trying to feed families,” she says. “I try to do what I can to lift people up so they can feed themselves. That’s ultimately my philosophy: to teach a man to fish, to teach a girl to fish rather than just giving fish. But sometimes you just need some fish with some bread!”

“I felt compelled to do something for other kids — kids I could have been,” she adds. “Finding organizations that go directly into the community have been proven to create sustainability within the communities is what I was looking for.”