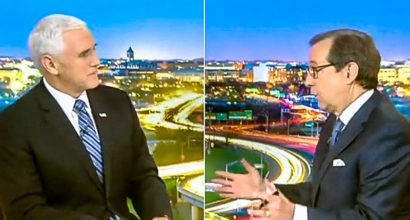 On the weekend of Martin Luther King Jr.’s birthday, Vice President Mike Pence shockingly invoked a line from the civil rights leader’s famous “I Have a Dream” speech to build support for President Donald Trump’s proposed deal on the border wall. Asking legislators to agree to Trump’s proposal of spending $5.7 billion on a border wall along with a temporary extension of the DACA program(that Trump dismantled), Pence said, quoting King, on CBS’ “Face the Nation,” “Now is the time to make real the promises for democracy.” He compared King’s belief in using the legislative process to solve social problems to what the President is trying to do.

For the full story, visit CNN.com/US/News.