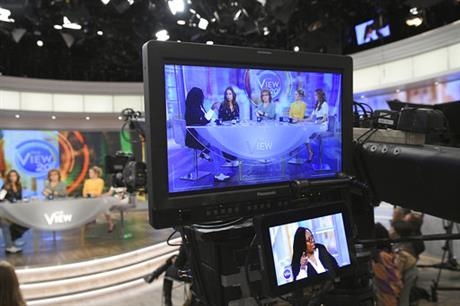 The unquenchable thirst for chatter about President Donald Trump has changed the dynamics of a fierce daytime television competition much as it has in late-night TV.

“The View” has spent more time talking politics with the arrival of a new administration, stopping the momentum of its rival “The Talk,” which sticks to pop culture. It’s a turnabout similar to Stephen Colbert supplanting Jimmy Fallon as the new king of late-night, only it has received little attention in comparison.

“It’s a testament to the enduring appeal of what Barbara Walters created 20 years ago — a show where women can have a real vigorous debate about the issues of the day and can discuss the things that matter,” said James Goldston, president of ABC News, which supervises “The View.”

In some circles, “The Talk” was seen as a knockoff of “The View” when it began seven years ago. But it became a more pleasant place to visit, to the point where it regularly topped its older rival in ratings starting in May 2015.

Since the beginning of this year, the average audience for “The View” has increased by 1 percent over 2016 while “The Talk” is down 6 percent, the Nielsen company said. “The View” regularly beats its rival now.

For the complete story, visit  BigStory.AP.org.