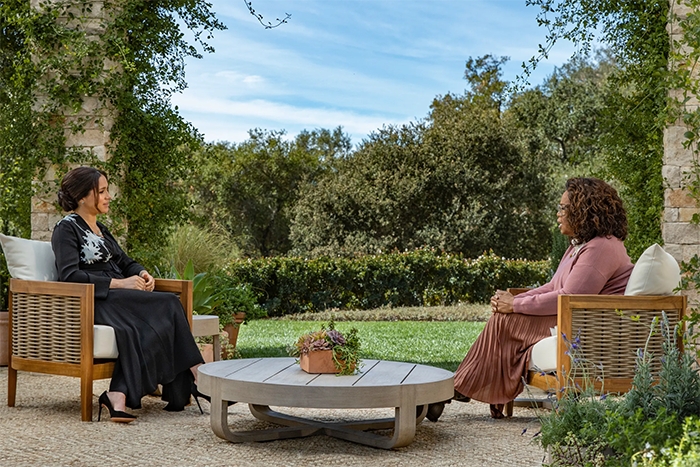 After weeks of promotion and fervent speculation about what might be revealed, Meghan Markle and Prince Harry’s “no question off limits” interview with Oprah Winfrey aired on CBS Sunday night. Starting with how little she knew about the royals when she first started dating Harry and leading to the intense media coverage that surrounded her once she became a royal, the interview, as promised, was wide-ranging and deeply personal.

“I didn’t want to be alive anymore,“ Meghan told Oprah, looking back at the period of her time as a royal that Oprah suggested was a “breaking point.” Though she said she didn’t read the negative media coverage, she heard about it from friends, and “I realized it was all happening just because I was breathing. Describing thoughts that were “clear and real and frightening.” Meghan said she sought help within “the institution” of the monarchy, but was told she couldn’t get any because she was not a paid employee of the royals. Before an event at the Royal Albert Hall in early 2019, she said, she told Harry she didn’t feel safe being left home alone. Looking back at the photos from that night, she said, “what I see is how tightly his knuckles are gripped around mine. We are smiling and doing our job, but we are both just trying to hold on.”

Mental health has been a major focus of both Meghan and Harry’s charitable work, as well as Prince William and Kate Middleton. Harry, William, and Kate launched the Heads Together campaign in 2016, and Harry had previously opened up about how he coped with his mother’s death. Harry and Oprah have also announced a documentary project devoted to the subject.

When Harry joined for his portion of the interview, he said “I went to a very dark place as well, but I wanted to be there for her.” And he added that he didn’t go to his family members to look for help for Meghan because “that’s not a conversation that would be had. I guess I was ashamed of admitting it to them. I don’t know whether they would have the same feelings or thoughts. It’s a very trapping environment that a lot of them are stuck in.”