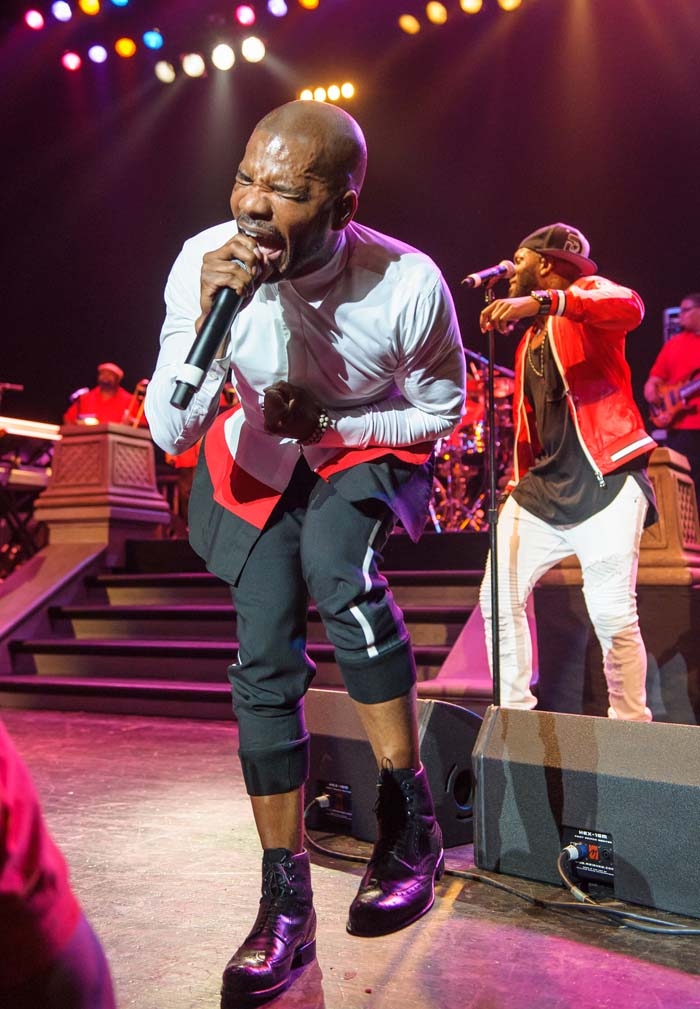 It’s rare that you get to see an performer at their artistic peak.

It’s even more rare when an artist peaks more than 20 years into a career.

Gospel superstar Kirk Franklin has done the latter, and I got to do the former in Oakland, California last Saturday night.  Franklin closed his 20 Years In One Night Tour in the Bay Area, and the 3,000+ who packed Oakland’s Paramount Theatre were treated to a show the likes of which I haven’t seen since…

well, now that I think about it, I may have never seen anything like Franklin’s show.  I’ve been blessed to see many of the great live performers of my lifetime.  Franklin’s Saturday night performance may well have been the best concert — of ANY genre — I’ve ever seen.

After an engaging albeit brief opening set by the Bay Area’s Lawrence Matthews, the lights dimmed and we were treated to a timeline of the best of gospel music, with snippets of classics by legends like Edwin Hawkins and Andrae Crouch.  Then, Franklin told us he had to “mess it up and dance.”  After that, Franklin launched a gloriously long, raucous ride through the first two decades of his groundbreaking career.

I’ve been a fan of Franklin’s since the beginning of that career.  I STILL play his debut album — a new era masterpiece that features the timeless “Why We Sing” and “Silver & Gold” along with 90s era choir scorchers like “He Can Handle It” and “He’s Able.”   But I’d never seen the artist live, and wasn’t exactly sure what to expect from a live Franklin show, as he’s as much preacher as singer.  He even joked about that onstage at one point:  “Y’all took a chance on me, and I’m grateful for that.  You were probably thinking ‘What’s Kirk going to do?  Talk to me for two hours?’

We needn’t have worried.  Kirk sang Saturday night.  Let me be clear:  Kirk SAAAAANG.  Franklin’s deft mix of medleys allowed him to highlight much of his back catalog (“I Smile”, “Stomp”, “Now Behold The Lamb”, “Melodies From Heaven”. etc) and he made time for favorites from his current, Grammy winning album Losing My Religion including “Wanna Be Happy”, “Pray For Me”, “Miracles”, “My World Needs You”, and “When.”

Kirk also danced, giving David a run for his money during several parts of the show and appearing at times as a sanctified Michael Jackson.  The show was less concert and more experience, with Franklin serving as a praise and worship leader who worked the stage and our hearts like the love child of James Brown and Mahalia Jackson.

Franklin has lost none of his verve or voice over the last two decades, and he was bested vocally only by his phenomenal background singers, each of whom was given multiple moments during the performance to shine solo.  As each sang, Franklin sometimes played the piano bathed only in a muted spotlight, and at other times he applauded right along with the audience after displays of vocal mastery.  I’ve rarely seen a more heartfelt response from a headliner to those artists who were supporting him.  Franklin’s frequent admissions of faith were equally genuine.

At one point during the show, the Grammy winner differentiated between organized religion and a relationship with God, and asked each audience member to hug three people we didn’t know and tell them we loved them.  We complied, and most didn’t stop at three people.  It was a sanctified “Reach Out & Touch” moment if I’ve ever seen one.

At another point during the show, Franklin movingly testified about challenges he’s faced over the last year, and encouraged all of the men in the audience to stand with him in the presence of God.  Soon afterward, he brought his own teenaged son out on stage, declaring “I never had a dad, but he has one!”  It was one of many moments when we got to witness a soldier standing in his truth and in the full service of God.  Independent of your religious background or views, you would have been moved.

Franklin ended his 75 minute set with a surprise announcement.  “Guess what?” he asked the roaring crowd.  “This is just the first half of the show!”  And after a very brief break, he was back onstage for another hour.

Well, to be completely accurate, Franklin didn’t spend all of that second half of the concert on stage.  He spent part of it in the audience, working the Paramount Theatre’s first few rows, and another part up in the theatre’s balcony!  When I say he was all over the place Saturday night, I mean it literally!

Franklin was clearly having as much fun as we were during the night — and that’s saying a lot, as at one point, the combination of Franklin’s seemingly boundless energy and the crowd’s thunderous applause made me question whether an earthquake had struck Oakland.  He revealed that he had a soft spot in his heart for the town, having taken his wife of 20 years to the Paramount years ago, before they were married.  “Oakland is the best city ever to close out a tour,” Franklin said from the stage before earnestly, humbly asking “Can I come back next year?” and “Did you get your money’s worth tonight?”

A clamorous, 3000-strong “YES!” said it all.  Franklin took it all in and left the stage, sincerely thanking us for “supporting your boy for all of these years.”

See you next year, Kirk.  It would take an act of God to keep me from Franklin’s next show, and after the blessings I received Saturday night, I doubt He’d deprive me of a second helping.

CLICK HERE for Coleman’s EXCLUSIVE interview with Kirk Franklin. Michael P Coleman is a Sacramento-based freelance writer. Connect with him at michaelpcoleman.com, at 916-834-5567, or on Twitter:  @ColemanMichaelP 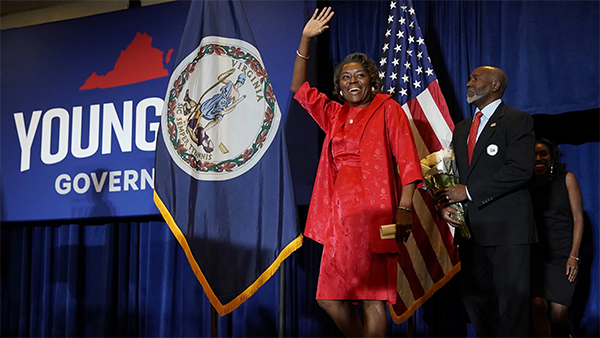