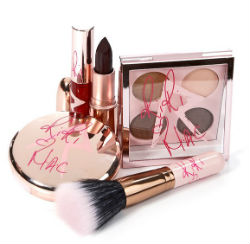 Photo by Photo by John Aquino/WWD

Grammy-award winning singer Rihanna has recently teamed up with MAC Cosmetics to produce multiple collections of color cosmetics that will launch later this year, according to an article on WWD.com.

According to the article, the first product launch will be called RiRi Woo, a lipstick inspired by her favorite MAC red lipstick, Ruby Woo. The release will coincide with Rihanna’s Diamonds Tour concerts on May 4 and 5 at the Barclays Center in Brooklyn, where MAC will reportedly open a pop-up shop on the first night to showcase the line.