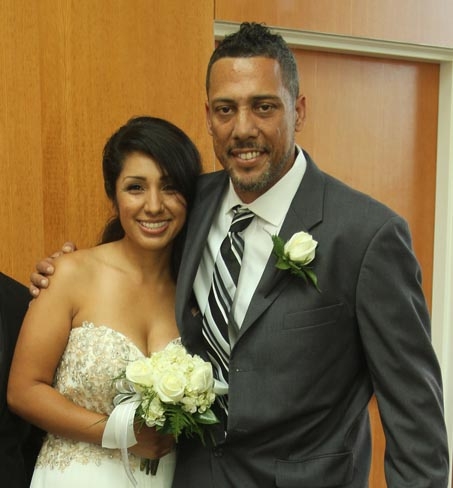 When Malik Saunders woke up from an induced coma after a near-fatal car accident, he was told he had lost most of his intestines and would need to rely on intravenous nutrition to survive—possibly for the rest of his life.

Finding himself hooked up to a pump twelve hours or more each day infusing nutrition into his bloodstream, Saunders, while grateful to the doctors who saved his life, was also angry. “If I had listened to my inner voice,” Saunders later wrote, “that voice that always tells us what to do…, I would have never got into that car. Everything was telling me not to go, but I still went.” Now, IV nutrition and pain were constant in his life.

With encouragement from his family and medical team, Saunders started writing. Writing was therapy that eventually helped Saunders move forward with his new life.

Today (8/5/15), more than ten years after the accident, Saunders still depends on IV nutrition for his survival. He also still writes. He is well known in Northern California for his spoken word poetry, which he shares regularly at venues around Sacramento and the Bay Area, and he will soon release a new book of short stories and poetry called Pain MediZen, with contributions from local spoken word artists. Saunders was married in October 2014, on the tenth anniversary of the car accident, and recently watched his son get married. He values family.

This week, set aside by the national nonprofit Oley Foundation as a week to raise awareness that people can survive—and thrive—on IV nutrition, Saunders is performing during open mic night at Imagine Affairs Art Lounge in Oakland (Wednesday, August 5), answering questions about his new book, and meeting with disabled veterans to share his experiences and offer encouragement.

The Oley Foundation is a national 501(c)(3) organization that strives to enrich the lives of those requiring home intravenous nutrition and tube feeding through education, advocacy, and networking. Founded in 1983 by Dr. Lyn Howard and her patient Clarence “Oley” Oldenburg, today the organization serves over 15,000 members.