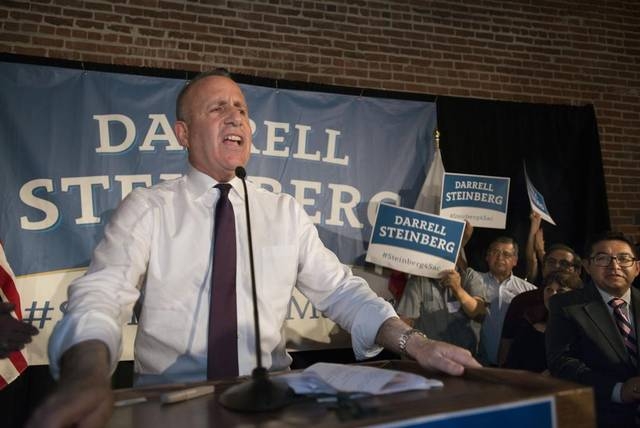 Sacramento Mayor-elect Darrell Steinberg is vowing to fight federal attempts to deport undocumented immigrants under incoming president Donald Trump, who promised during his campaign to stop cities from shielding people from immigration enforcement.

Steinberg, a former Democratic state legislator, this week reaffirmed Sacramento’s self-proclaimed status since 1985 as a “sanctuary city.” Responding to a federal crackdown on Central American refugees, the City Council that year made Sacramento a “safe haven” that prohibits city employees, including police, from asking about immigration status or withholding benefits or services based on immigration status.

“We are going to make it very clear that Sacramento will continue to be a sanctuary city,” Steinberg said in an interview Tuesday. “I can’t say it strongly enough: We are going to assure … families and kids and anybody who is worried about their status in our community that we are going to stand with them.”

For the complete story, visit TheSacramentoBee.com/News/Local.