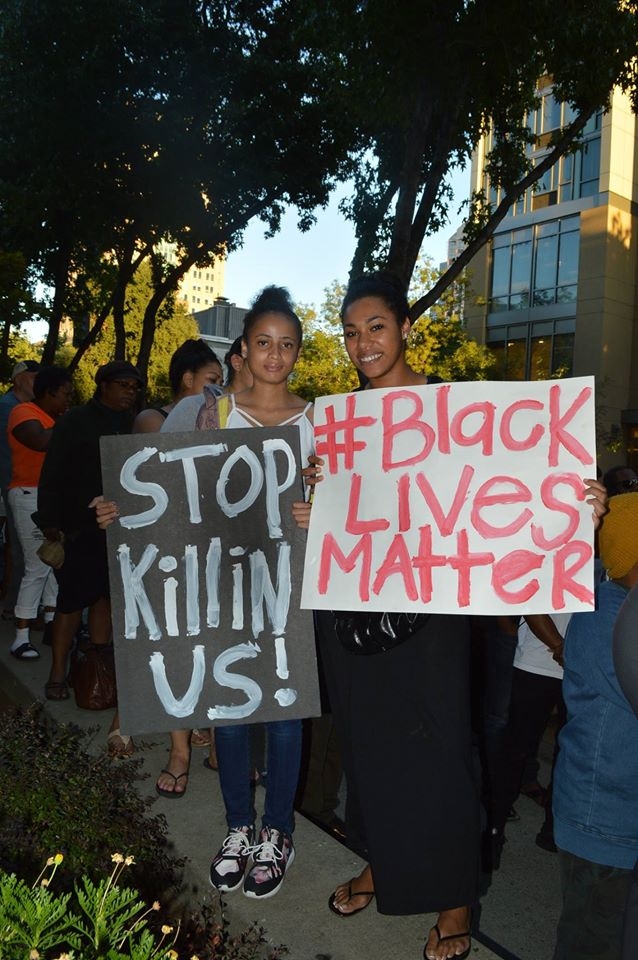 Photo credits & Contributing Writer, Tony Harvey
In the wake of the shooting deaths of Philando Castile and Alton Sterling, parts of Sacramento’s faith-based community united in front of the Sacramento County Main Jail on Thursday, July 7, 2016. The social-justice event featured prayers, spoken words, speakers, and inspirational songs. The crowd, mainly Sacramento’s diverse young adults, assembled peacefully and respectfully. Pastor Les Simmons of South Sacramento Christian Center later reported that the jail, at the corner of 6th and I streets in downtown Sacramento, closed down and wouldn’t allow any more visitors inside due to the demonstration.
What turned out to be a large media event, Sacramento County sheriff’s deputies kept a close watch as well as the California Highway Patrol (CHP). For whatever reason, a patrol car from the Sacramento Regional Transit cruised by jail. Why?
Among a variety of guest speakers from all walks of life, Community Director at First United Methodist Church Elika Bernard (http://www.firstumcsac.org/profile/elika-bernard) and Community Activist, Berry Accius (https://www.facebook.com/voiceoftheyouth1?pnref=story) delivered some passionate speeches about police brutality, institutionalized racism, unity, and the disturbing effects of hatred.
To see more photos from this special gathering event, go to the Facebook page of Tony Harvey at: https://www.facebook.com/tony.harvey.94?fref=ts