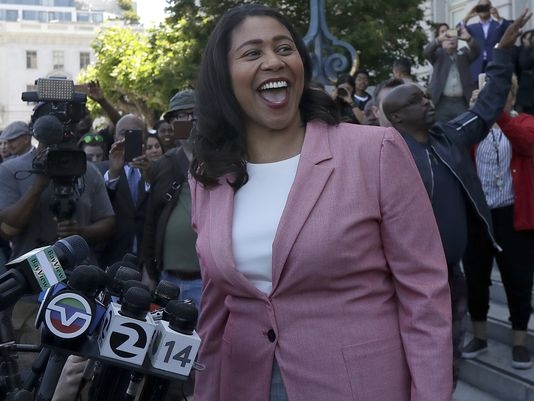 It took eight days of counting after Election Day for Breed to build a large enough lead to claim the city’s top job. With about 250,000 ballots tallied, she led former state Sen. Mark Leno by 2,177 votes with only about 6,700 left to count.

Leno called Breed to congratulate her on the victory and later she appeared briefly before reporters and cheering supporters on the steps of City Hall. She said she was humbled, honored and looking forward to serving as mayor.

In particular, she relished the message her election sends to San Francisco’s youth, especially kids like herself who grew up poor.

“No matter where you come from, no matter what you decide to do in life, you can do anything you want to do,” she said. “Never let your circumstances determine your outcome in life.”

Breed, who will take office next month, is the second woman to be elected mayor in San Francisco history. The other was U.S. Sen. Dianne Feinstein.