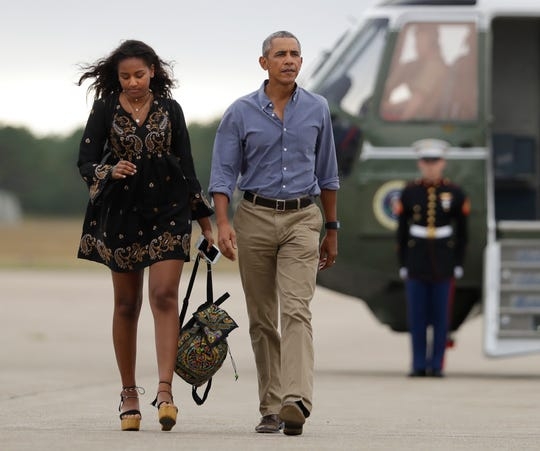 Former President Barack Obama’s younger daughter, Sasha, is poised to begin her college career at the University of Michigan next week.

Sasha, whose legal name is Natasha, was seen by students attending summer freshman orientation and again this week accompanied by men believed to be Secret Service agents.

“I was walking by pushing a vacuum and she walked out right in front of me,” said Zach Lassen, a third-year film student from Redford. “I said, ‘Excuse me.’ It was a crowded hallway with her and some Secret Service dudes.”

Asked what he thought about her on campus, he said some people he worked with were a tad annoyed with the added security.

For the full story, visit DetroitNews.com/News/Local.