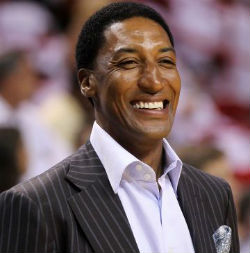 Former Chicago Bull Scottie Pippen may be the next in line to get their own reality TV show, according to an article on TheGrio.com.

According to the article, “Big Pippen” is one of seven new “docuseries” in development for WE tv – owned by AMC Networks – for its 2013-2014 season.