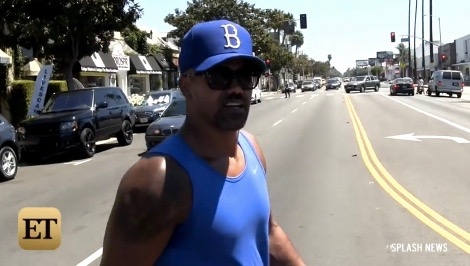 After taking to video following the firing of “Criminal Minds” star Thomas Gibson and proclaiming to his followers, “I believe in karma,” Shemar Moore is now claiming those words were not about the firing of his former co-star.

“No, they spun that all wrong,” Moore told a Splash News pap who caught him heading to the gym.

As previously reported, Moore and Gibson have had issues for years, with the latter often rankled by Moore’s reported on-set tardiness. His CPT became so rampant that one year Moore bought the cast and crew watches as an inside joke, according to The Wrap.

For the complete story, visit EurWeb.com/News.