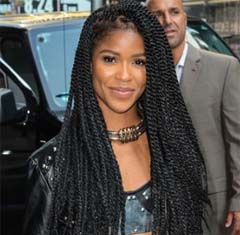 Simone Battle, who appeared to be on the verge of realizing her lifelong dream of stardom, hanged herself Friday, the Los Angeles County coroner’s spokesman said Monday.

Battle, 25, was an “X Factor” finalist in 2011 and a singer with G.R.L., a girls group created last year to replace the Pussycat Dolls.

Battle’s boyfriend last saw her alive at 3:45 a.m. Friday in the West Hollywood apartment they shared. He found her hanging in in a closet about four hours later, according to Assistant Chief Coroner Ed Winter.