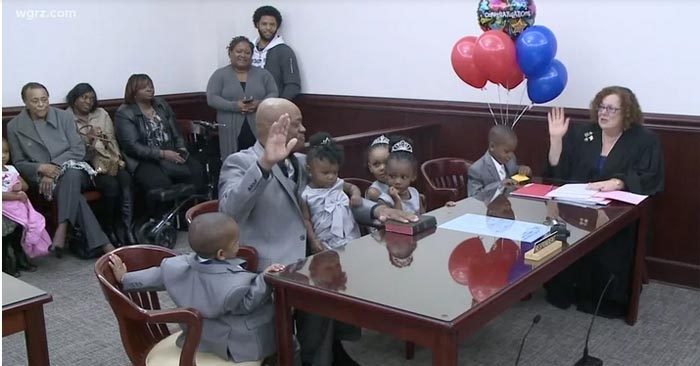 A long-time foster father added five more children to his brood when he took in a group of siblings under the age of five as his own.

“I was fighting to keep back the tears,” Thomas told the morning show. “Every day I think about it, my eyes swell up. All that we endured to make this happen, it was something.”

Thomas began fostering children in 2000 and has since welcomed more than 30 kids into his home.

“In the beginning, I was helping out some friends. They had lost their child to the system. I went on and got certified and became a foster parent. I haven’t stopped since,” he told GMA.

He first learned of the siblings’ plight because their father was one of the many Thomas once fostered.

For the full story, visit People.com/Human-Interest.