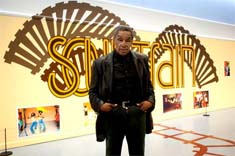 The groundbreaking song-and-dance show “Soul Train” is chugging toward Broadway.

Stage and film producer Matthew Weaver, who helped create “Rock of Ages,” has acquired the theatrical stage rights to the TV show and said Tuesday he’s hoping to repeat his success by turning “Soul Train” into a show that attracts both die-hard Broadway fans and those who usually avoid Times Square.

“I’m nervous and I’m humbled and I’m excited,” said Weaver, who heads the production company MediaWeaver Entertainment. “I do think we’re the right people to do it because I think it’s got to have that spirit of `Rock of Ages,’ which is part old-fashioned musical but also part party.”

Click here to read the complete article at Billboard.com.