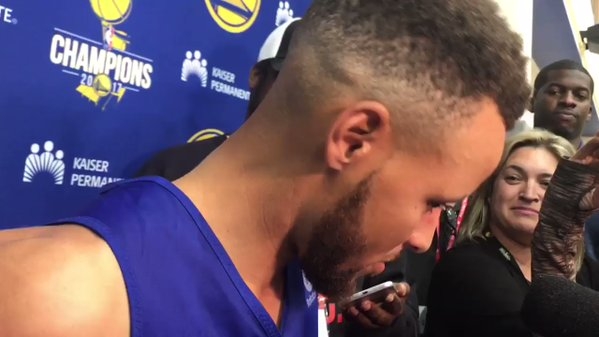 Speaking to the media hours after President Trump tweeted that he had rescinded his White House invitation to Stephen Curry and the NBA champion Golden State Warriors, the two-time league MVP said seeing the president call out his name on social media was “surreal.”

“I don’t know why he feels the need to target certain individuals rather than others,” Curry told reporters in Oakland Saturday afternoon. “I have an idea of why, but, it’s just kind of beneath, I think, a leader of a country to go that route. It’s not what leaders do.”