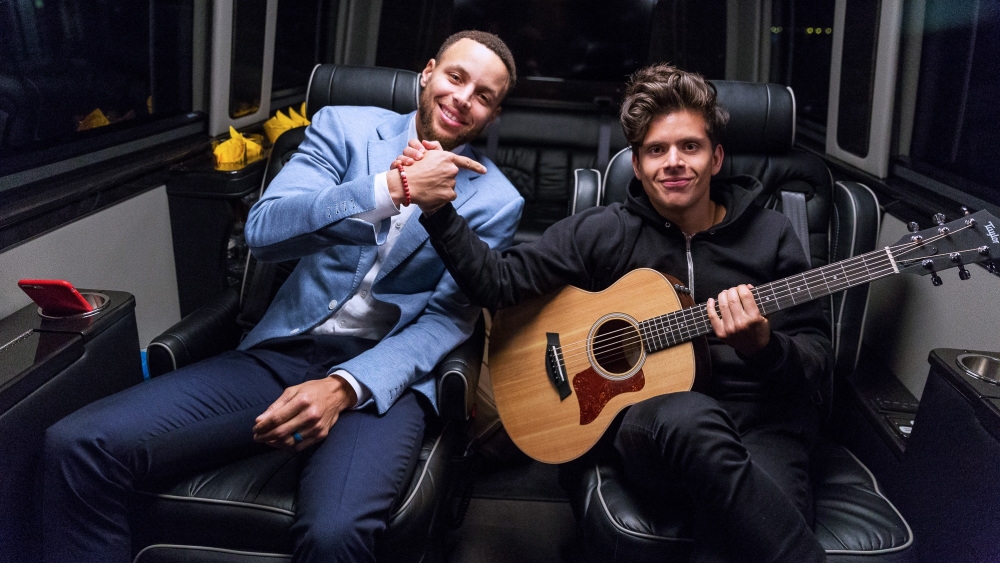 CREDIT: Courtesy of Unanimous Media/Portal A

Stephen Curry hasn’t posted anything to his YouTube channel in more than four years.

Now the Golden States Warriors superstar is relaunching the channel, officialstephcurry30, with a slate of original series starting with “5 Minutes From Home,” which premieres May 1.

The new series comes from Curry’s recently formed production company, Unanimous Media, which on Monday announced a wide-ranging, multiyear development and production deal with Sony Pictures Entertainment. The series and additional content for Curry’s YouTube channel is being co-developed, directed, and produced by digital studio Portal A in collaboration with Unanimous Media.

In “5 Minutes From Home,” Curry and a guest grab a late-night bite at a food truck near his Bay Area home after he heads home from a home game, chatting about a range of topics. Guests in the five-episode series include social-media stars Rudy Mancuso (pictured above with Curry) and Jesse Wellens; rapper Nipsey Hussle; Oakland mayor Libby Schaaf; and three basketball stars from Oakland’s McClymonds High School.

“Through my YouTube channel, I can continue to connect with people around the world and reach them in an authentic, consistent and unfiltered way,” Curry said in a statement. “I’m excited to share my life, passions, and personality with my fans.”

For the full story, visit Variety.com/Digital/News.