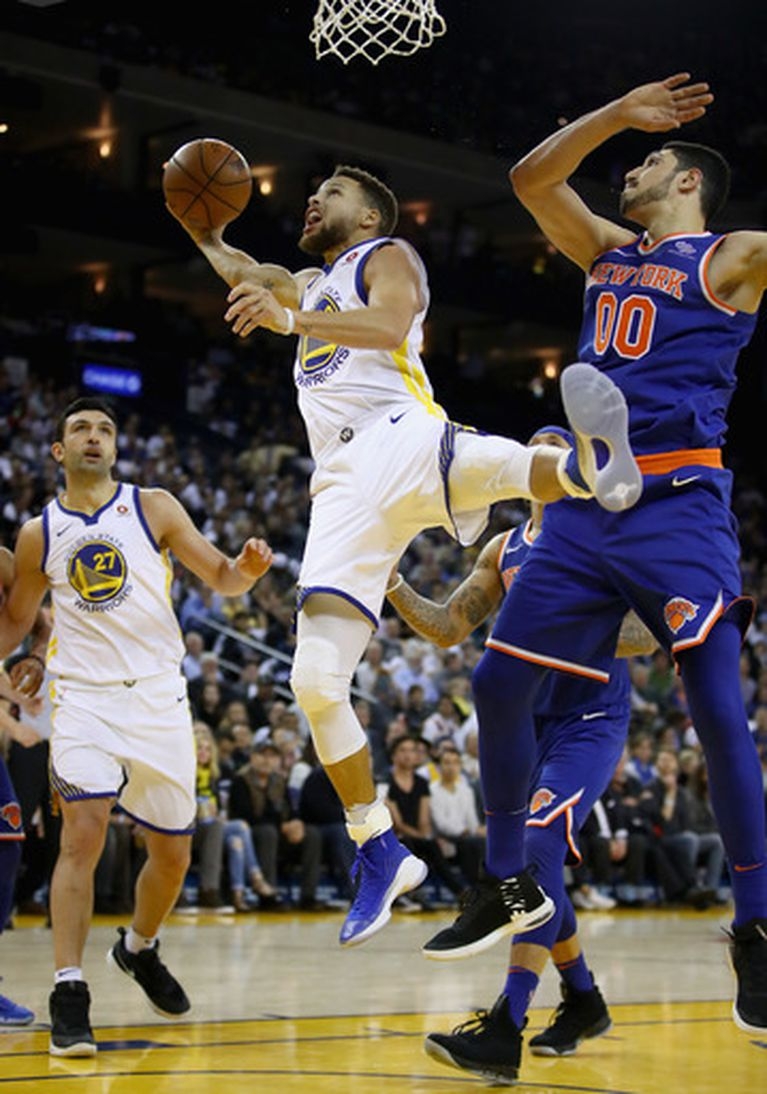 Kevin Durant mouthed off to official James Williams, got tossed late and might have cost himself another assist during a career night of dishing out the ball.

“I told him he was wrong,” Durant said afterward of arguing with Williams in the first half over a carry.

Stephen Curry scored 17 of his 32 points in the third quarter to go with seven assists and six rebounds, and the Golden State Warriors used a big second half to beat the New York Knicks 123-112 on Tuesday night.

For the full story, visit ABCNews.Go.com/Sports/NBA.