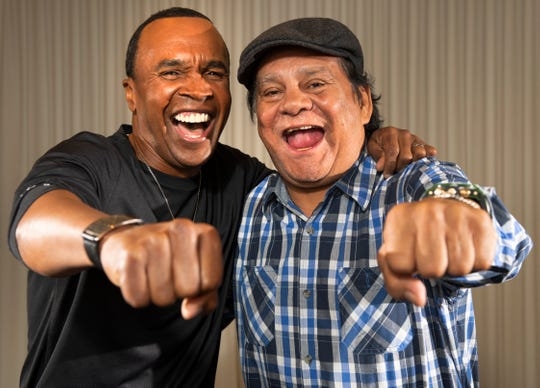 Roberto Duran was drinking coffee inside the swanky SLS Hotel one morning last month when a man who approached the table held up an index finger.

But then Leonard waved his hands in the air like a boxing referee stopping a fight.

“No more fights,’’ he said, either missing the punchline or sparing Duran a jab almost three decades after their famous rematch, known as the “No Mas’’ fight. Duran, from Panama, uttered those words when he quit at the end of the eighth round.

The events of that 1980 bout are addressed in a new documentary called “I am Duran,’’ which will be available by digital download starting Tuesday. The boxers who fought each other three times as welterweights united to promote the film, with the help of a translator.

For the full story, visit USAToday.com/Sports/Boxing.