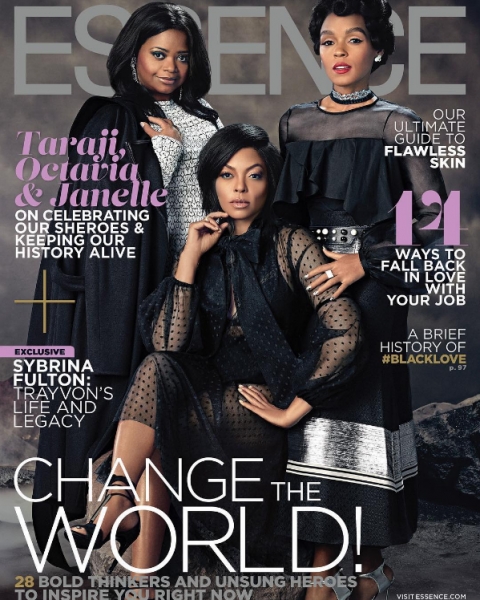 The stars of “Hidden Figures” grace the February cover of Essence magazine with style, beauty and pride.

The cover features Taraji P. Henson, Octavia Spencer and Janelle Monáe, all of whom portray the untold story of three black women’s groundbreaking efforts to send the first Americans into space in the 1960s. The women, also known as NASA’s “colored computers,” broke down racial and gender barriers while making American history.