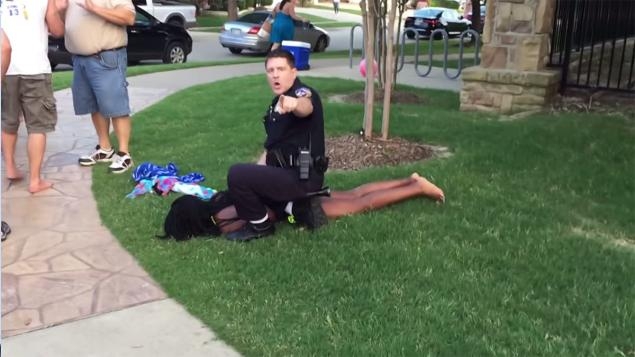 Benet Embry just wanted a respite from the heat when he went to his neighborhood pool Friday. Talking to CNN Monday about the national story that rolled out of that simple, mundane summer activity still has him pretty well dismayed.

The 43-year-old African-American has lived in Craig Ranch, a planned community, for eight years. It’s a nice place. Racially diverse. People get along there.

Thinking back on the pool party, he might have known it would be crowded. The invite to the party had earlier caught fire on Twitter and social media. Craig Ranch’s strict homeowners’ association rules prohibit bringing more than two guests to the pool.

So when crowds of teenagers showed up, huddling by the gate and shouting to let them in, things got out of hand. Some kids jumped over the fence, Embry said. A security guard tried to get them to leave but was outnumbered, so the guard called police.

For the complete story, visit CNN.com/US/News.