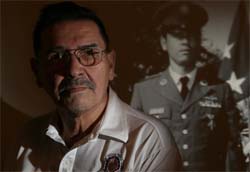 If not for the hue of their skin or their ethnicity, 24 soldiers who faced death in service to their nation would have received the most prestigious medals for their valor long ago.

On Tuesday, the U.S. government corrected the oversight.

President Barack Obama honored 24 Army veterans with the Medal of Honor — the country’s highest military award, given to American soldiers who display “gallantry above and beyond the call of duty ” — for their combat actions in Vietnam, Korea and World War II.

Click here to read the complete article at CNN.com.