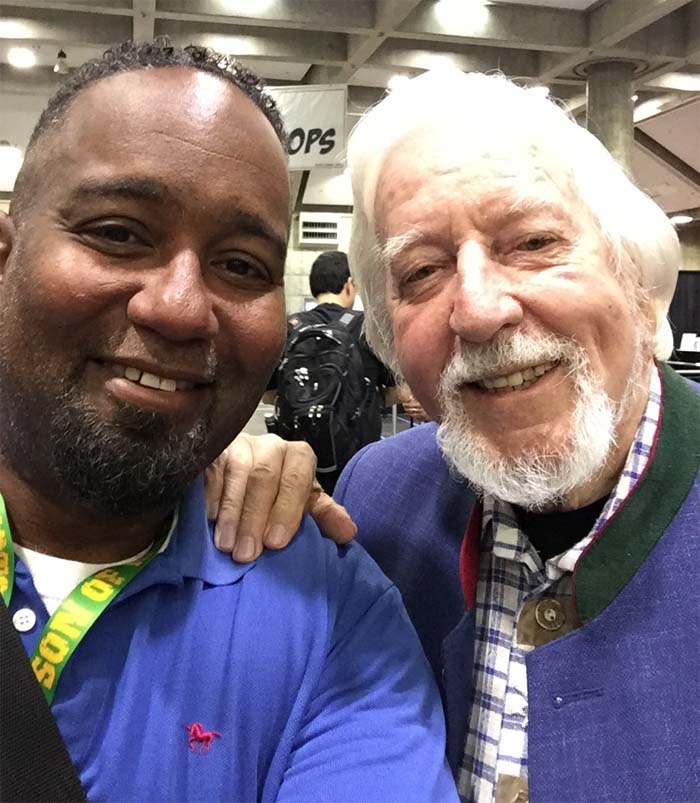 I don’t want to ignore Oscar The Grouch — or all of the other characters that the late Caroll Spinney brought to life…but Big Bird did it for me.

So I was saddened to learn of Spinney’s death yesterday at his home in Connecticut, at the age of 85. According to a statement from the Sesame Workshop, he had long lived with dystonia, a disorder that hinders movement and causes involuntary muscle contractions. Spinney is survived by his wife and two children.

Very oddly, news of Spinney’s death broke just after I’d complimented a guy’s t-shirt at a concert. It was a vintage Sesame Street t-shirt, and featured Big Big & Oscar, along with their buddies, Ernie, Bert, Elmo, Grover, and even Little Bird.

Yeah, there was once a Little Bird, and I met him and his big buddy when I was four years old back in 1969. I was in Sesame Street’s inaugural class.

I still remember sitting with my legs folded in front of me, on the goldenrod shag carpeted floor of our living room, staring at our state-of-the-art, top of the line 25 inch color console television, as the ubiquitous Sesame Street theme song kicked in. “Sunny day, sweeping the clouds away…”.

I also remember being initially scared of Big Bird, as he was very aptly named; with Spinney’s long arm extending his neck, that bird stood well over seven feet tall. But very quickly, Big Bird’s warmth and wit drew me in.

Just like Spinney’s did just three years ago when I met him in Sacramento at Comic-Con.

Read MPC’s full obit, including his memories of meeting Caroll Spinney in Sac.