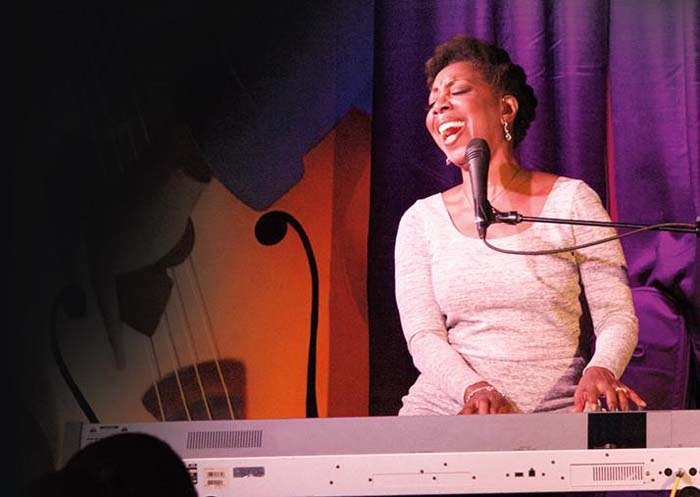 If you’ve ever heard the legendary Oleta Adams sing, you’ve already experienced the lady’s essence.  Her heart is on full display in every note of that still-gorgeous, smoky contralto.

Her recorded output, which includes her breakout hit “Get Here,” her incendiary cover of Billy Joel’s “New York State Of Mind,” and her 1997 gospel album, Come Walk With Me, is unquestionably honest.  There’s not a false note — literally or artistically — on anything Adams has recorded in the studio.

That said, there’s nothing like hearing Adams live, which is why you need to take a railway, or trail way, or caravan (sorry, I couldn’t resist) to get to Adams’ performances in Oakland on March 11 or in Sacramento on March 12.  She’ll be performing selections from her most recent album, 2016’s stellar Third Set, as well as many of her hits and a few surprises.

Adams said in an EXCLUSIVE interview that she’s really looking forward to coming back to Sac.

“It’s been a long time since I’ve been to Sacramento,” the 64-year-old legend told me by phone from her home.  “It was always a joy to be there.  I don’t know what it is, but there’s something about that area that makes me instantly feel that I’m on a holiday!”

“Unlike other parts of California, I don’t find it very pretentious, and things are a bit slower there.  I think that’s what I like a lot. That’s my tempo!  So I’m looking forward to us being able to just stop for a minute and enjoy where we are.”

I couldn’t have agreed more about Sacramento’s tempo, but Adams’ comment prompted me to ask her where she was in her life right now.

“I think this is one of the best times of my life, because I don’t feel so…desperate,” the legend intimately shared.  “I’m not looking for stardom anymore.  ’Togetherness’ is what we’re going for in our performances, that whole feeling of oneness.  I look for something special in the way I can touch somebody’s life, and perhaps in some way to be used by God to help someone through a tough moment.”

Adams paused and held back tears before she continued.

“I experienced that last week, as I was autographing a CD after a show for a couple, and the lady whispered in my ear that her husband had dementia,” Adams said.  “She said he didn’t do a lot of talking, but that he listened to my record every day, and [she said] he knew all of the songs word for word.”

“When nothing else can get though, music has a way of getting through to people,” Adams said.  “It’s the way the spirit of unity works through all of us, if we’re open to it.”

No matter what she’s singing, Adams gives each performance her all and tries to bring her audiences, made up of a variety of people from various walks of life and corners of the world, together — if only for a few moments during her concerts.  She said her hope for her northern California concerts is the same as it’s been for her shows over the last four decades.

“I hope the spirit of goodness and peace and love and light just takes over, and then I’ll just go with it,” Adams said.  “And I hope to tap into everyone else’s spirit, and together we’ll get where we want to go.  That’s what it’s all about.”

Let the church say “Amen.”  See you next week in Sacramento and Oakland.

Information on Oleta Adams, including tickets to her upcoming shows in Sacramento and Oakland, is available at oletaadams.com.