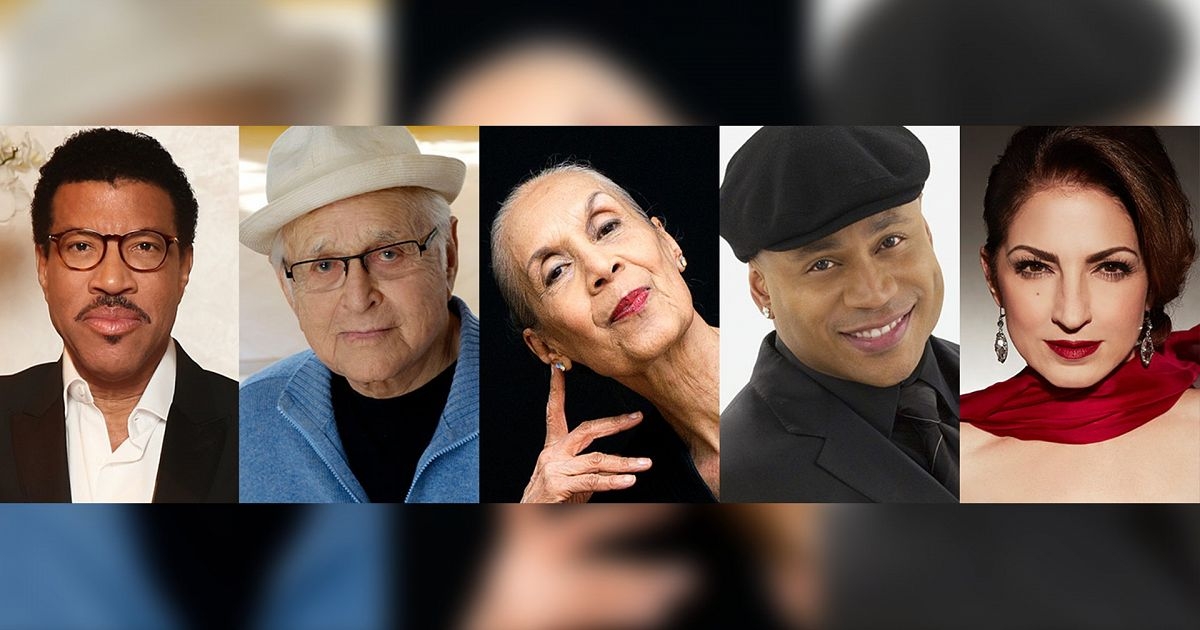 Five national icons will be celebrated at the 40th Annual Kennedy Center Honors, which has been broadcast on CBS for the past 40 years, and recognizes the lifetime contributions of all types of performance artists.

“Carmen de Lavallade is a national treasure whose elegance and talent as a dancer led to a career touching many art forms; international superstar Gloria Estefan has influenced American music through her infectious Miami Sound; landmark hip-hop artist LL COOL J taught the world how to rhyme as one of the pioneers of the hip-hop phenomenon; Norman Lear spoke to the human condition and sparked poignant cultural conversations with some of the most epochal TV sitcoms of the 20th century; and Lionel Richie‘s irresistibly recognizable melodies capture the heart and transcend generations.”

The honorees will be feted by their peers through performances and tributes at the Kennedy Center Opera House in Washington, D.C. The star-studded program will air on Tuesday, Dec. 26 at 9/8c on CBS and CBS All Access.

For the full story, visit CBS.com/Shows.