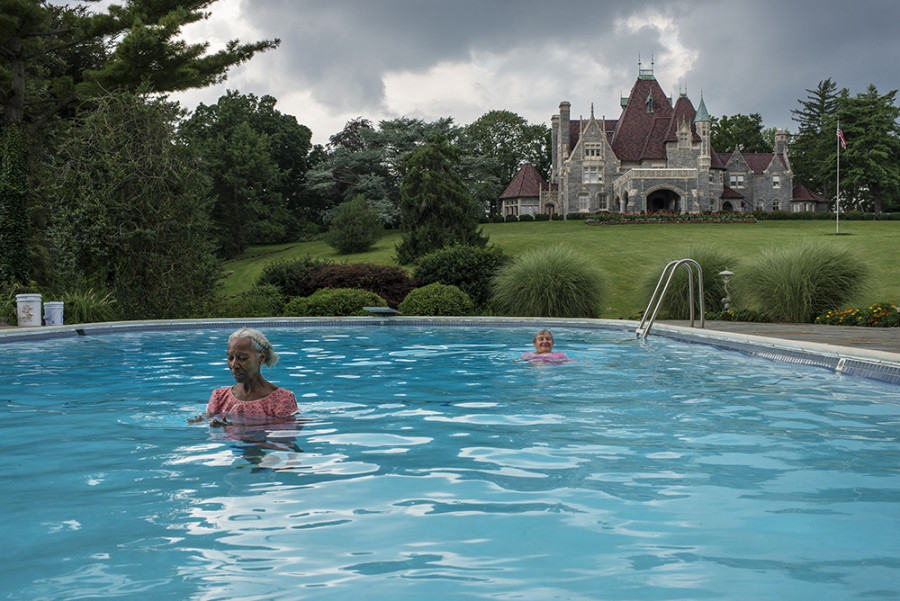 In 1930s Harlem, a man known as Father Divine founded the International Peace Mission movement, founded on ideals of racial equality and communal living. During the Great Depression, Father Divine had tens of thousands of followers, all believing him to be god on Earth.

At the peak of the movement, Father Divine would host massive “holy communion banquets,” in which his thousands of followers would converge to him speak on topics from banning capital punishment to ending racial discrimination. Father Divine passed away in 1965, though to his followers, his spirit remains present and active.

Now only 18 followers remain on Father Divine’s estate, living in celibacy with Mother Divine outside Philadelphia. They spend their days recreating the elaborate ritual banquets originated under Father’s watch, though with far fewer attendees. Now in their seventies, eighties, and nineties, the remaining followers are likely the last generation. For five weeks, photographer Kristin Bedford lived on the estate, capturing the remarkable lives of these devoted disciples.